Visit Liberec » Aktuality » Trabant in front of the City Hall

The bronze Trabant car on human feet called Quo Vadis by the artist David Černý is the new statue in front of the Liberec City Hall.

The post-revolutionary 3.5-ton Trabant car recalls the year 1989, when many East Germans left for the West and their temporary asylum became the building of the Embassy of the Federal Republic of Germany. There were over 4,000 of them, and many of them left behind their Trabant cars. 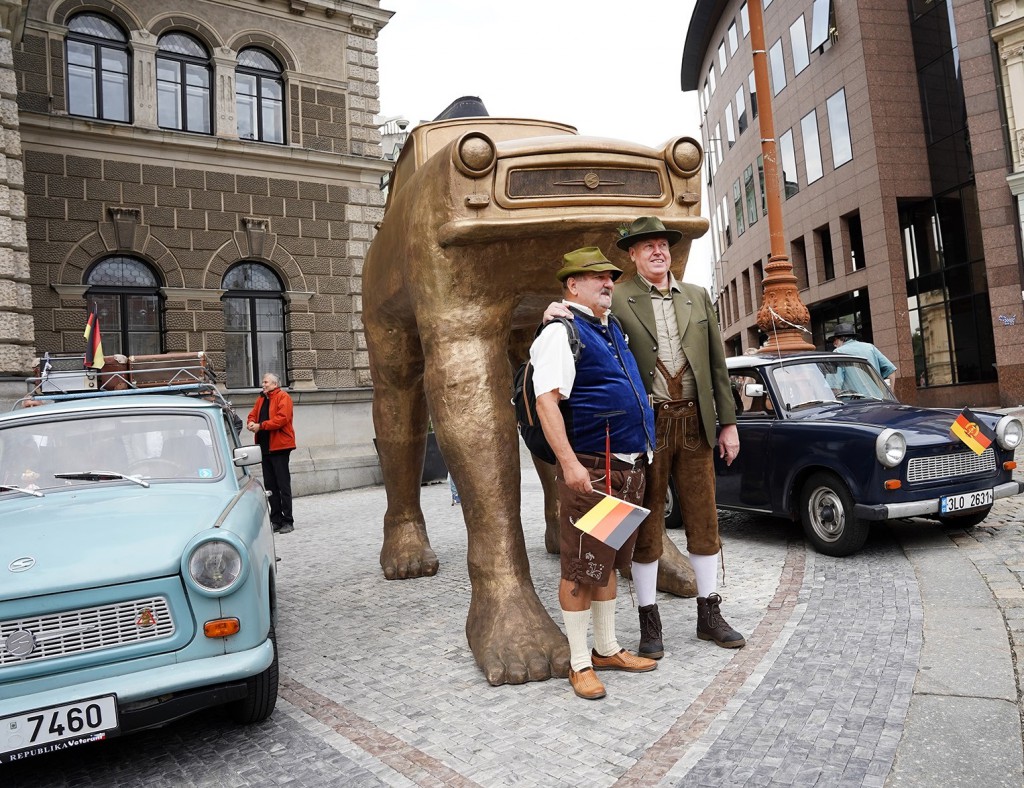 Just a short distance away – behind the theatre building – you can see another work by David Černý, which is The Public Transport Stop, nicknamed Feast of Giants. While the “feast” will adorn Liberec permanently, the trabant will be parked in front of the city hall only until next autumn, when it will be replaced by another work of art.