MIC Liberec
Today, the tomb belongs to what is known as the Garden of Memories.

The family tomb of Franz Liebieg is located in the former civic cemetery, which was converted into a park with a collection of tombstones in the years 1974-1984. The author of its design and the exact dating of this magnificent historical funeral building remain unknown. Only two unrealised designs from Liberec engineers Anton Hollub from 1863 and Gustav Sachers from 1874 were preserved. Two names are mentioned in connection with the construction of the tomb, that of the Liberec engineer Adolf Burger and that of the sculptor Ferdinand Czastka.

The construction of the crypt could have been carried out in 1870 at the latest, because reportedly it was in this year that the remains of Johann Liebig Sr. were buried there. The tomb was complemented by two angels on the sides, and the busts of the deceased were placed inside the consoles. 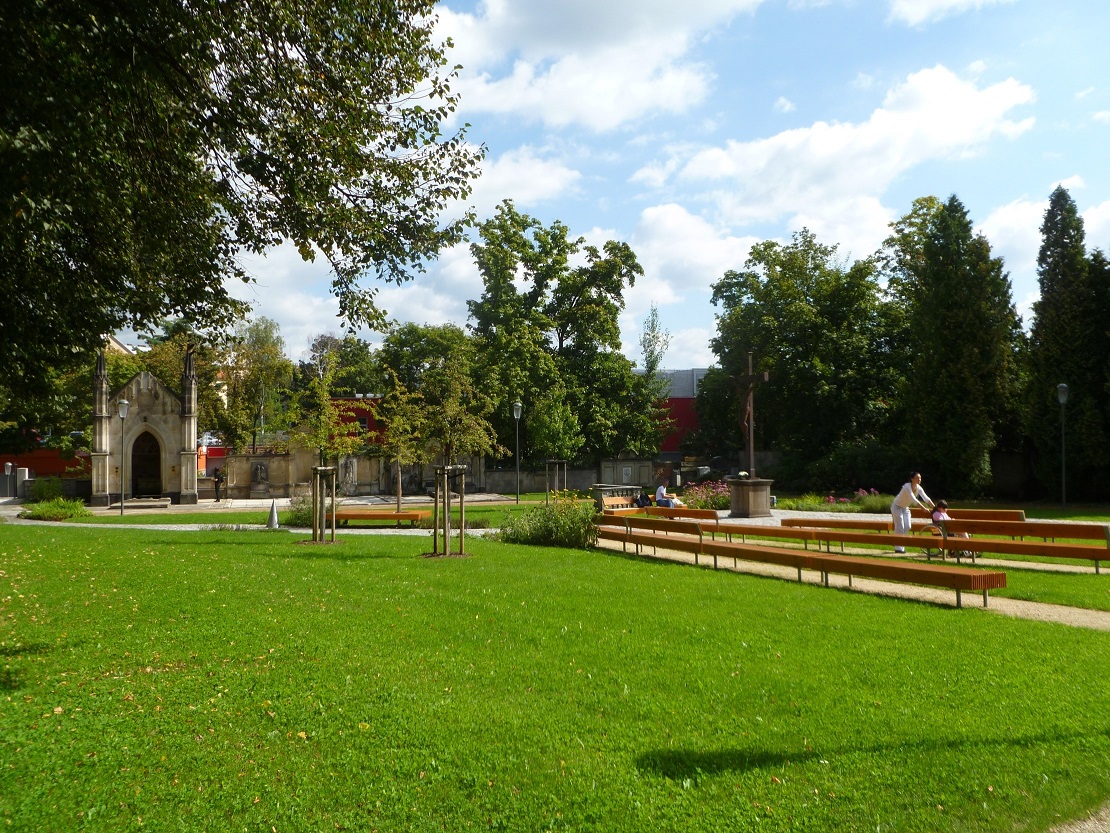