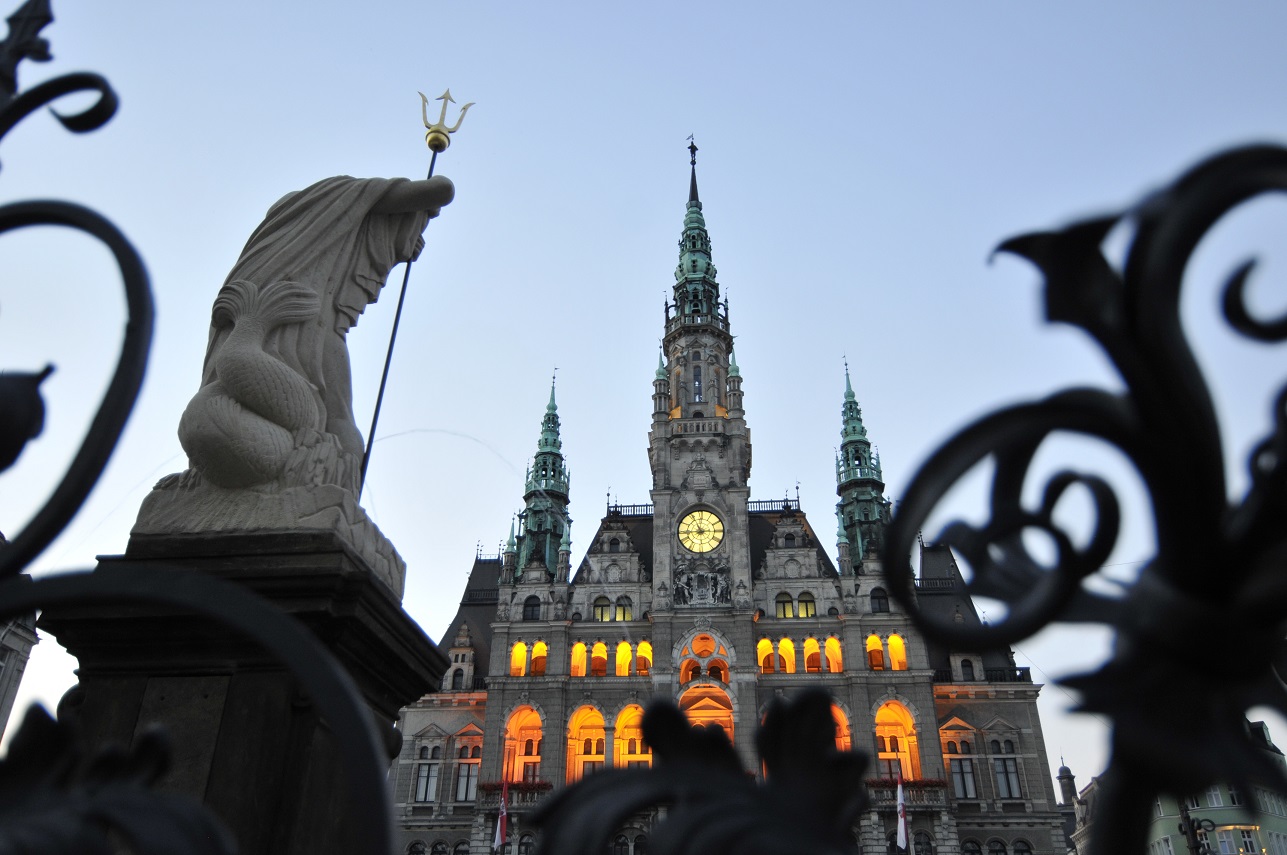 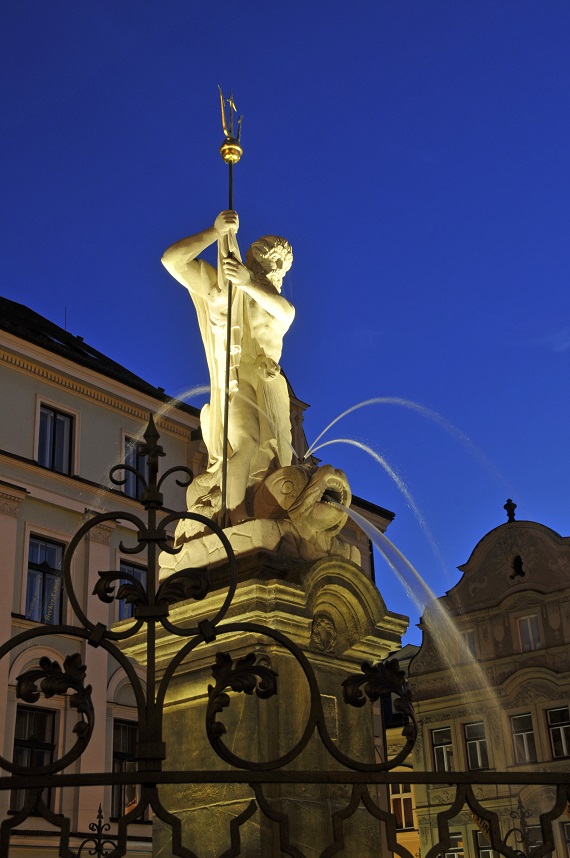 In 1826 Neptune’s Fountain replaced an earlier wooden fountain situated outside the Old Town Hall on the Old Town Square (Staroměstské náměstí), nowadays known as Dr. E. Beneš Square. Three years after the Old Town Hall was demolished, in 1896, the fountain was moved by a few meters to the centre of the Square and fitted with metal railings. In 1925, however, it had to give way to a new fountain designed by Franz Metzner and was relocated to Neruda Square. In summer 1945 the Metzner Fountain was dismantled, leaving the square in front of the town hall without a fountain. Neptune’s Fountain was declared a National Cultural Heritage Monument in 1964.

The Fountain of Neptune is the last evidence of how the town used to be supplied with drinking water, and so the City of Liberec decided to restore the preserved elements of the fountain, reassemble them and reinstall the fountain in full working order in its original place on Dr. Edvard Beneš Square, where you can see it today.