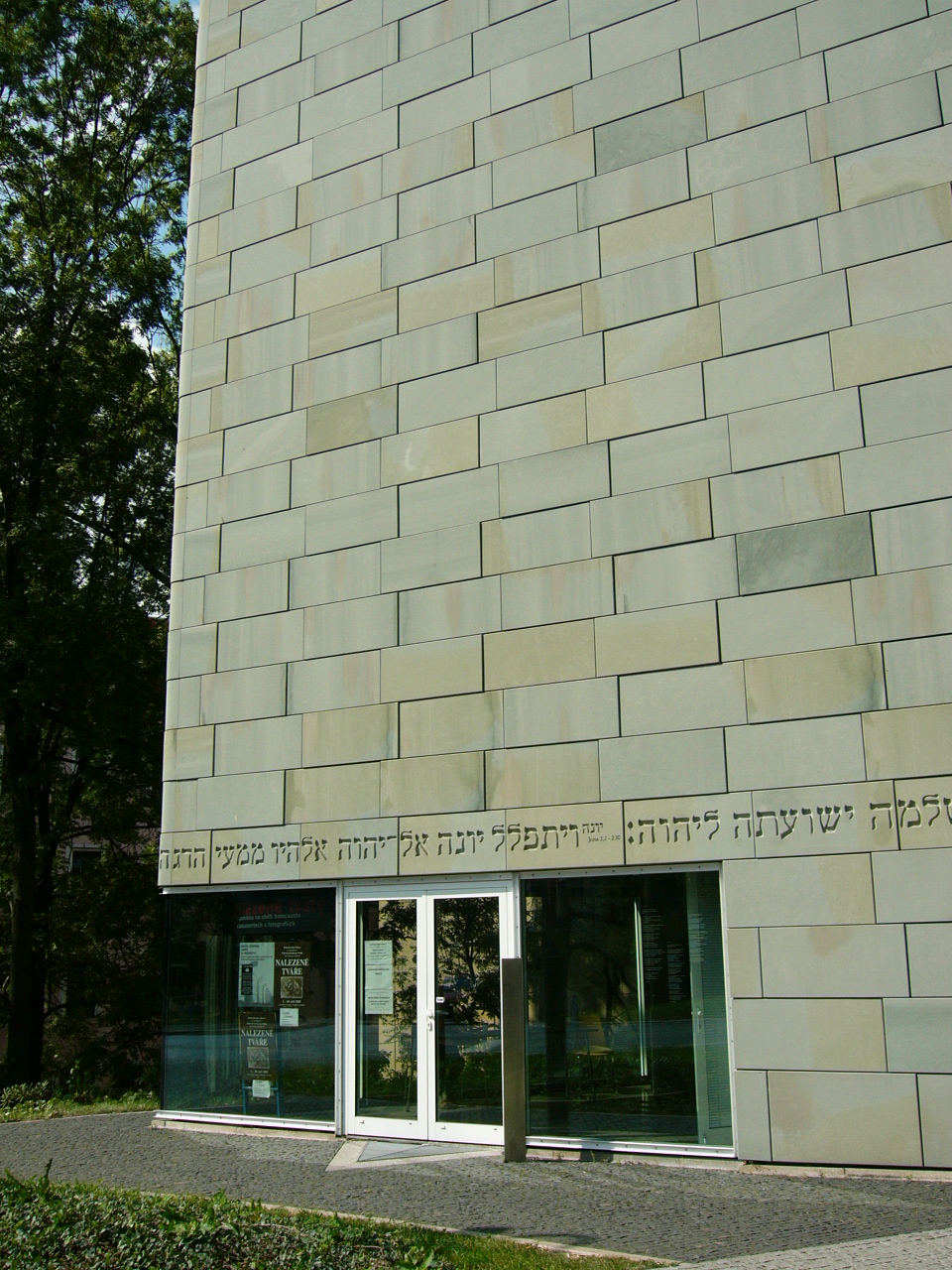 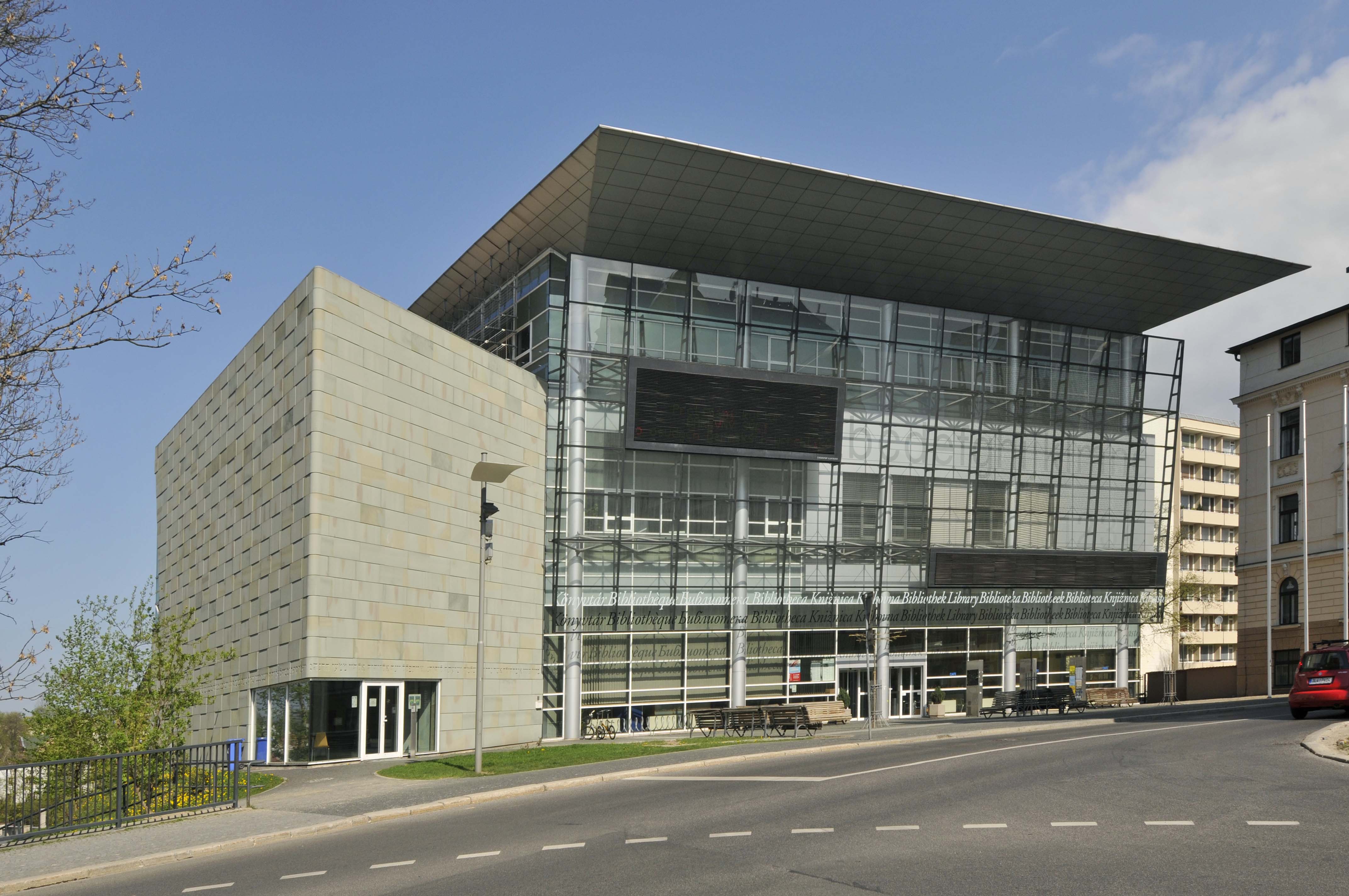 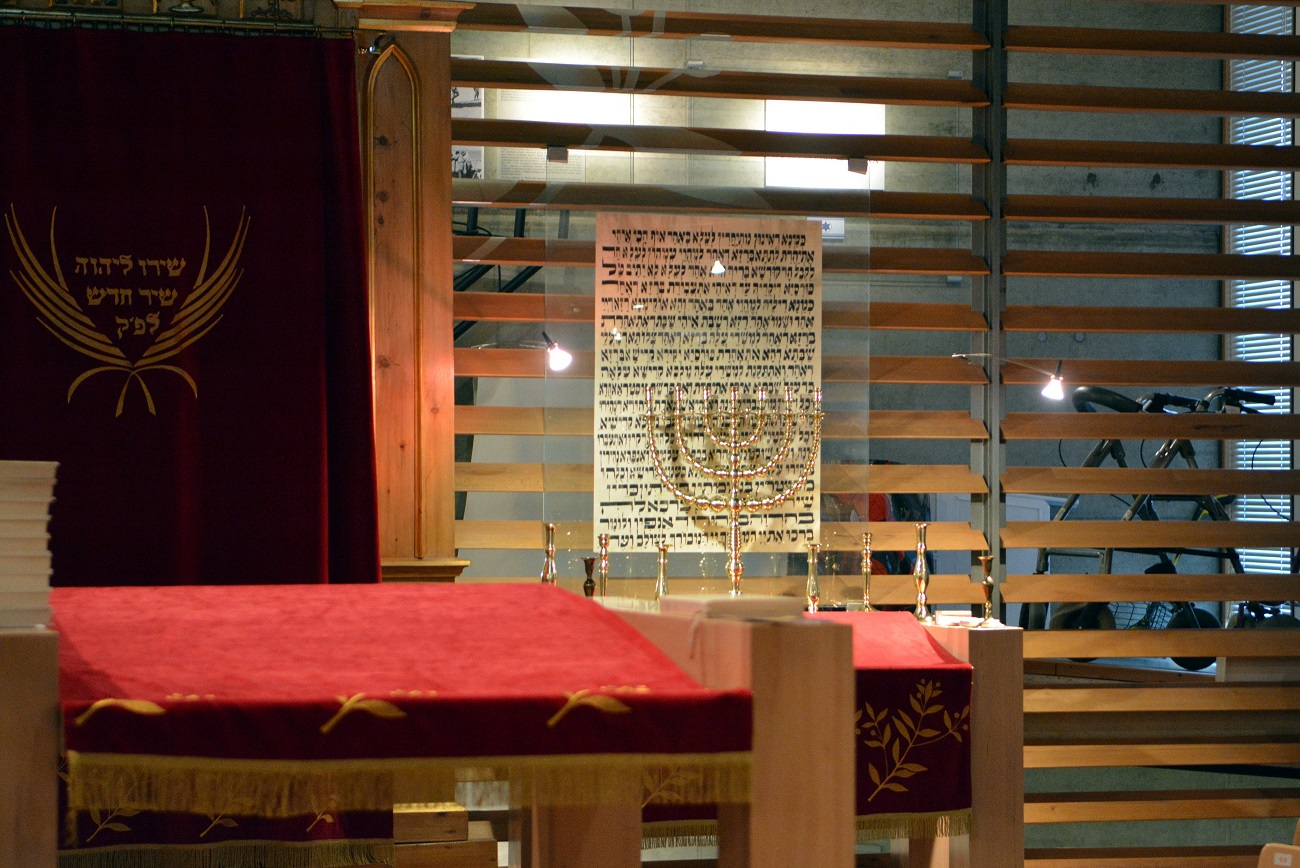 statutární město Liberec
>
This unique building grew in a place where one of the largest Jewish synagogues had been before it was raided and burnt during so-called Kristallnacht in 1938.

In 2001 the building of the State's Scientific Library was completed in Liberec. It is situated in a place occupied by one of the largest Jewish synagogues until 1938. It used to be a monumental Neo-Renaissance building but was burnt during so-called Kristallnacht in 1938.

The new building, the so-called Building of Reconciliation, is a combination of a library and a shrine, the first post-war newly built synagogue in this country. The shrine has the shape of half of a Star of David and its housing symbolically resembles the Wailing Wall.