The Chapel of Resurrection 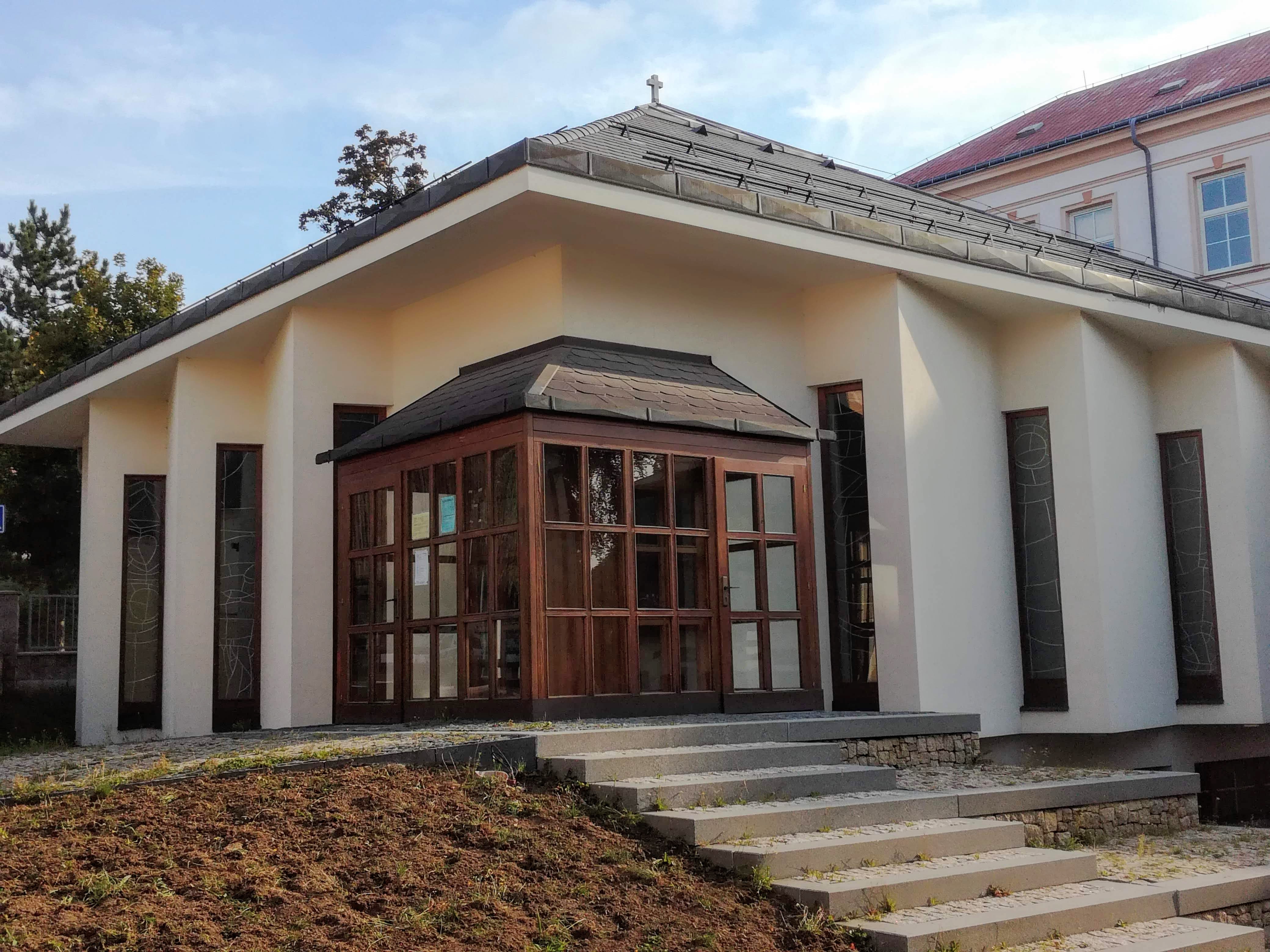 MIC Liberec
The Chapel of Resurrection in Vratislavice nad Nisou in a modern place of worship located next to the Roman Catholic parish house and across the street the Church of the Holy Trinity. It is one of the few new religious buildings in hte North Bohemia that were built in the second half of the 20th century.

The chapel was constructed according to design of architect Jiří Vaněček and it is a part of Vratislavice congregation centre. The foundation stone was consecrated by Pope John Paul II while he was visiting the Czech Republic in 1997 and in the same year the building works began. The chapel creates a complex with the old and new parish houses. Iva Ouhrabková from Liberec participated in the decoration of the place with articles made of fire clay and wood – the altar, ambon, tabernacle and baptismal font. The painting of Resurrection and the stained glass windows were created by Petr Veselý, a painter from Brno. The venue hosts various events, from meetings and parties (such as carnivals, St Nicholas party and many other public and private events) to exhibitions and concerts.