Kubajsz.com
A train ride as short as the walk through the woods to a small ferry bridge and a castle, of which there isn´t much left.
Length of walk:
1 kilometr, https://mapy.cz/s/havudapefu
Which way to go:
Liberec, railway station - by train to the station "Machnín hrad" - transbordér - Hamrštejn and return.

Everything is fast on this trip. From Liberec, you will set off to the transporter by train and after just five minutes you get off at Machnín Hrad station. It is important though to watch the train way, as the station is a request stop, and those who hesitate will stay on the train. If you paid attention and got off at the right stop, you can keep walking for few more metres in the same direction as the train, and just before the railway bridge, descend from the track to the right through the woods to the Nisa river.

The first attraction of your trip - the transporter - awaits you right there. It is a kind of a lift, which operates horizontally, a cabin that takes you across from one riverbank to another without getting wet. Just get on board and pull the rope until you get where you need, all under your own steam. While you are having fun in the transporter, you can also learn that there are only 20 movable bridges of this type in the world, and only eight of them remain in service. This transporter below Hamrštejn is the only one in our country, so make sure you make the most out of it. When you have had enough (and especially children will certainly want to have more turns), you can return up to the railway tracks and this time, head for the hill that rises on the opposite side.

Even there, you do not have to strain yourself much and after a short while, you will reach the ruins of Hamrštejn Castle, which reigned over the local forests from the 14th to the 16th century. It is believed that the name of the castle refers to the existence of one of the oldest iron-mills in Bohemia, however, no one knows its whereabouts any more. But you don´t have to worry about that. Just close your eyes and imagine this medieval castle in its full splendor, and if you run out of imagination, you can help it a little bit by checking out the information board. This place really has a charm of its own and the forest seems to be aware of it – it is magical all year round. Your trip ends there and finding the way back to the railway will be easy. 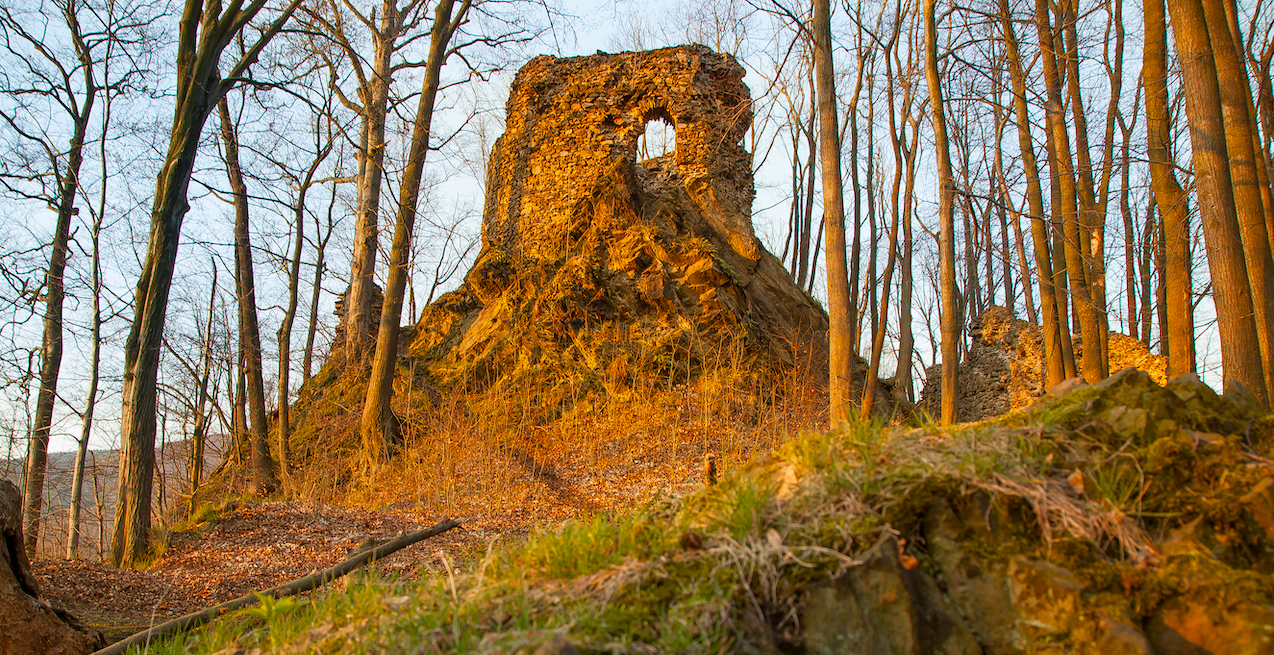