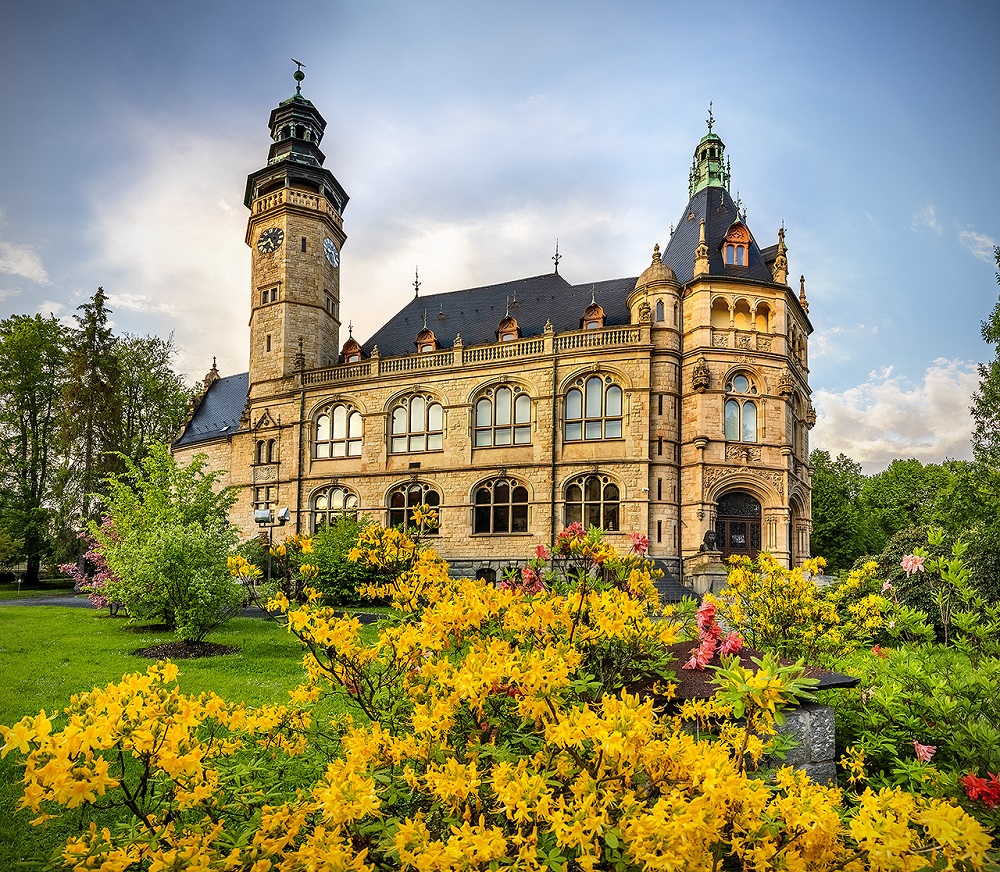 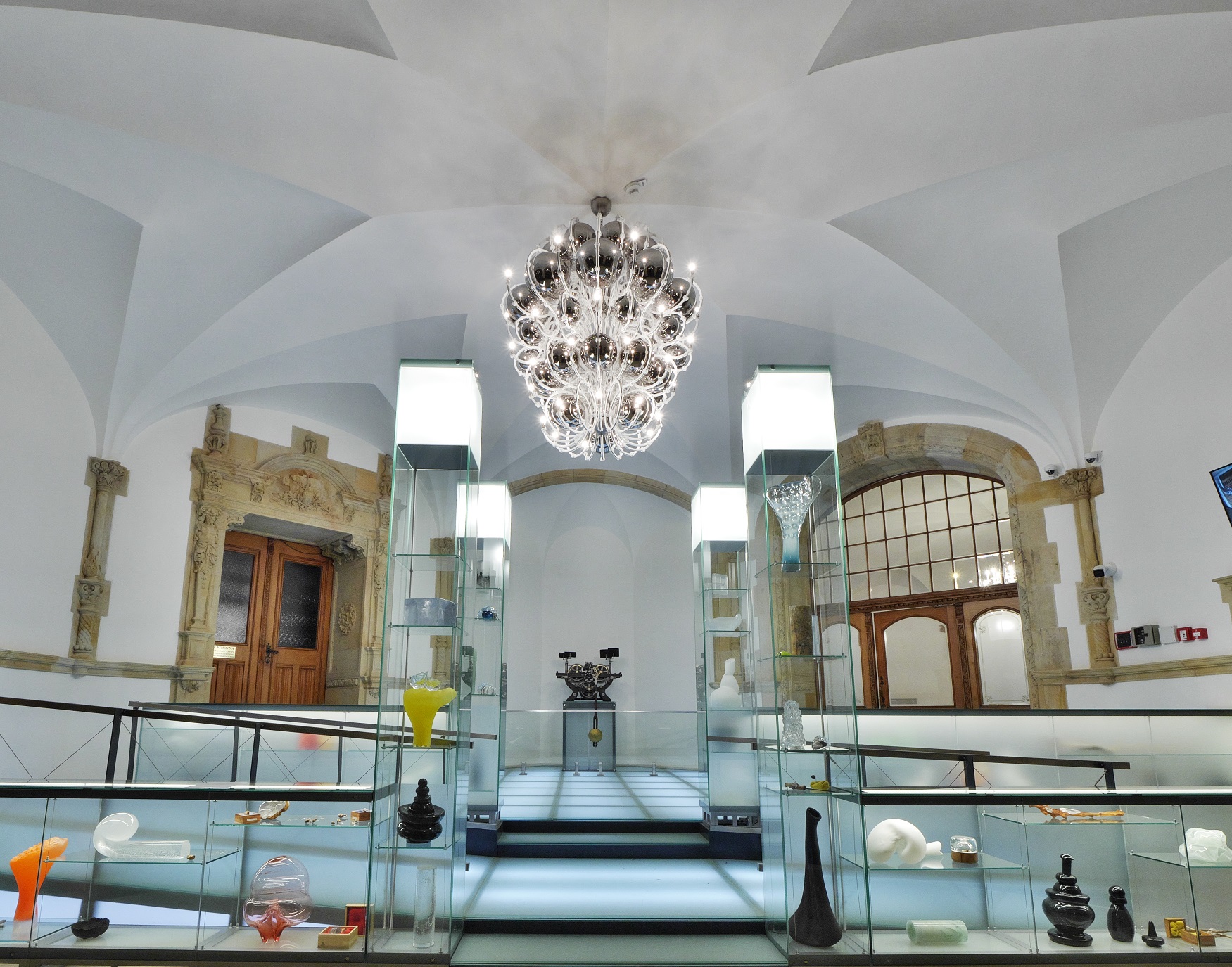 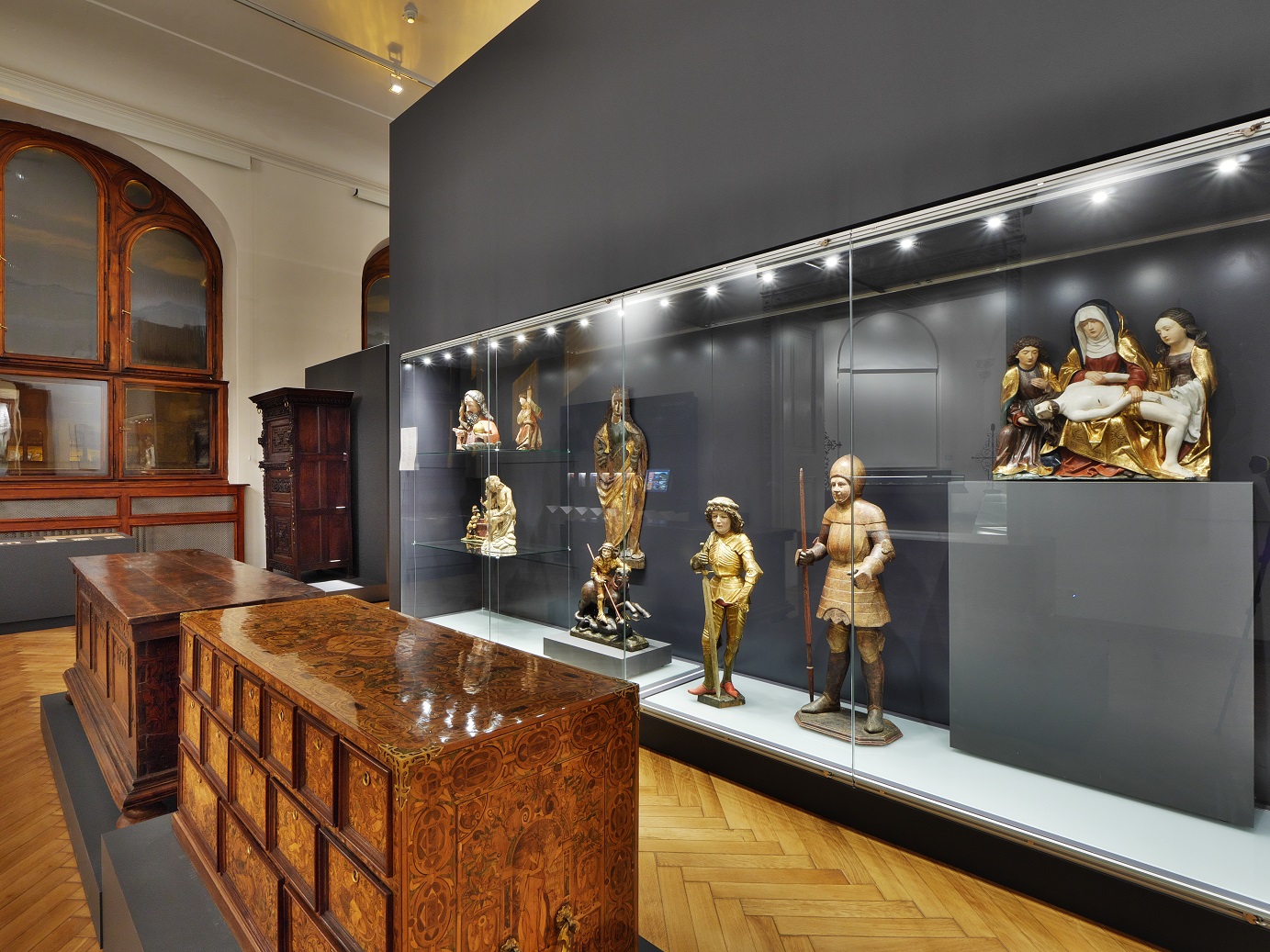 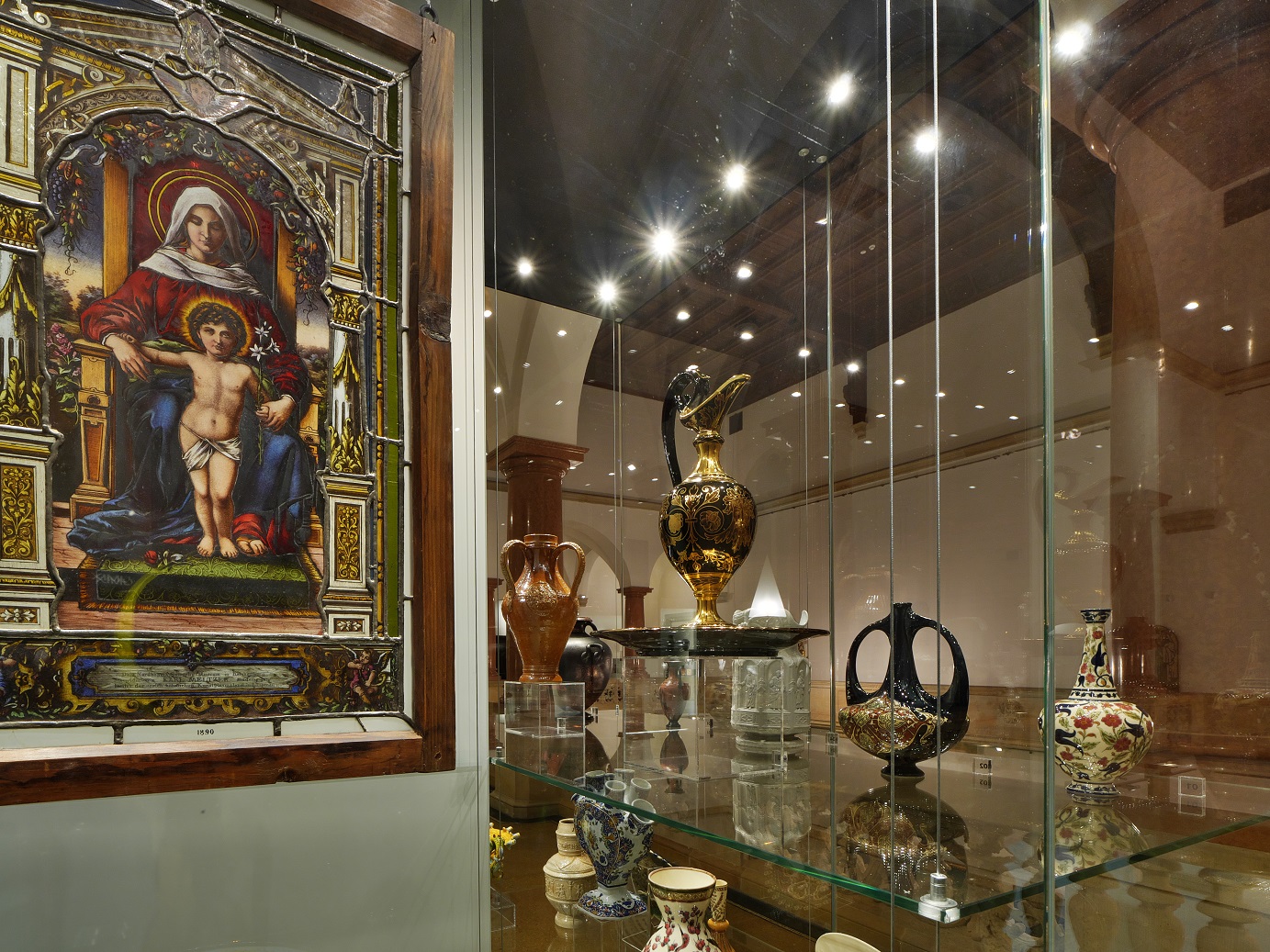 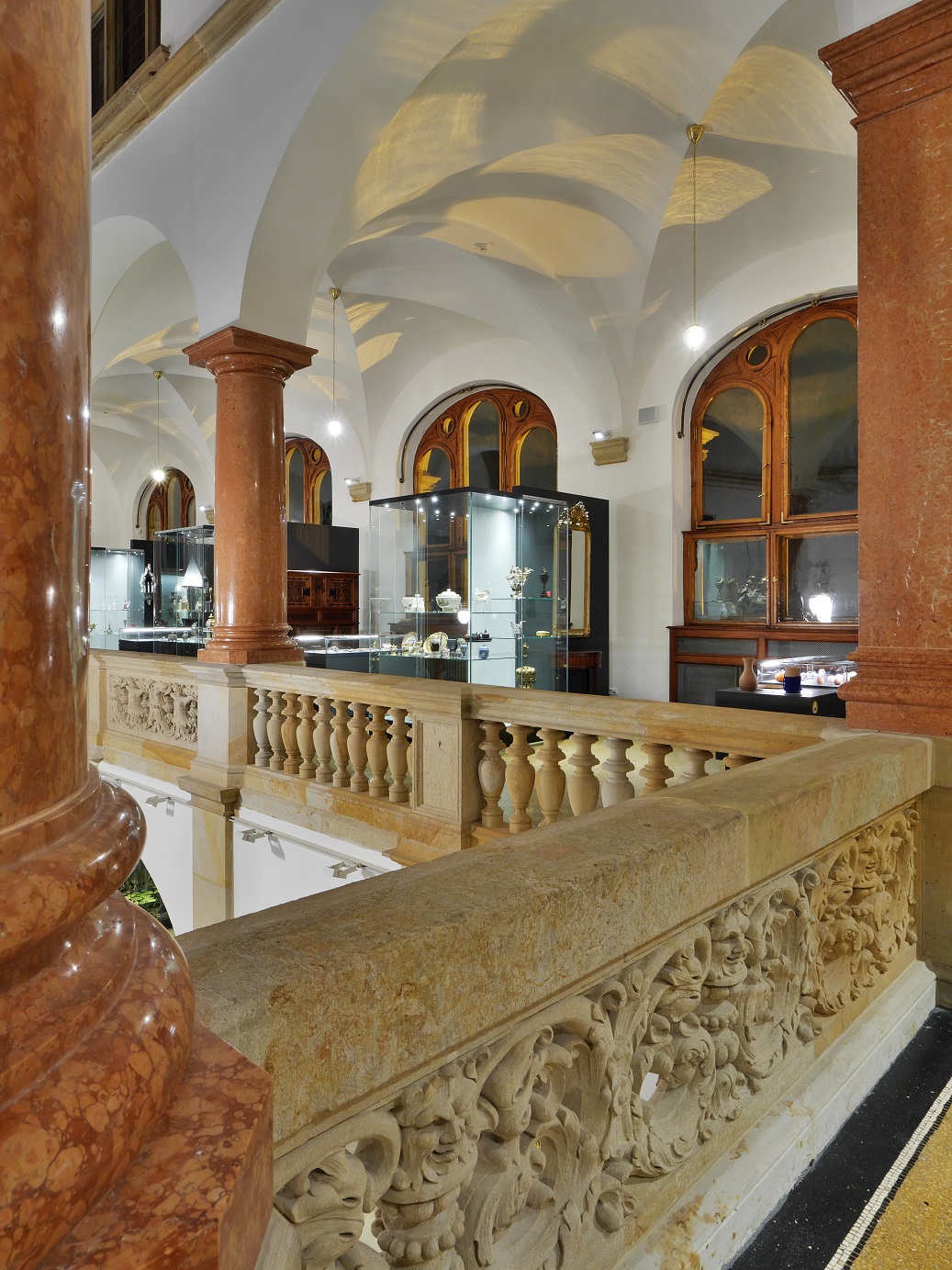 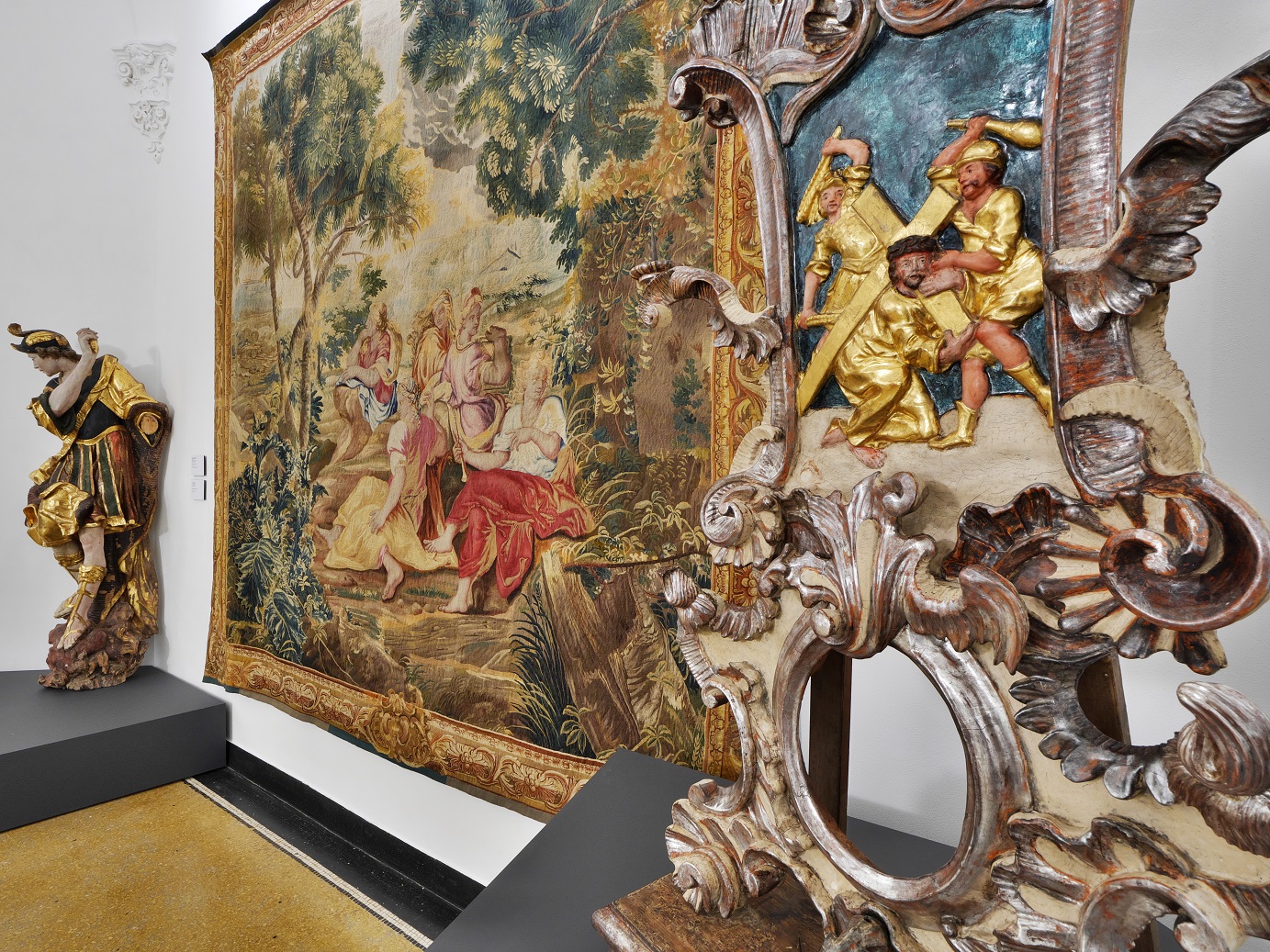 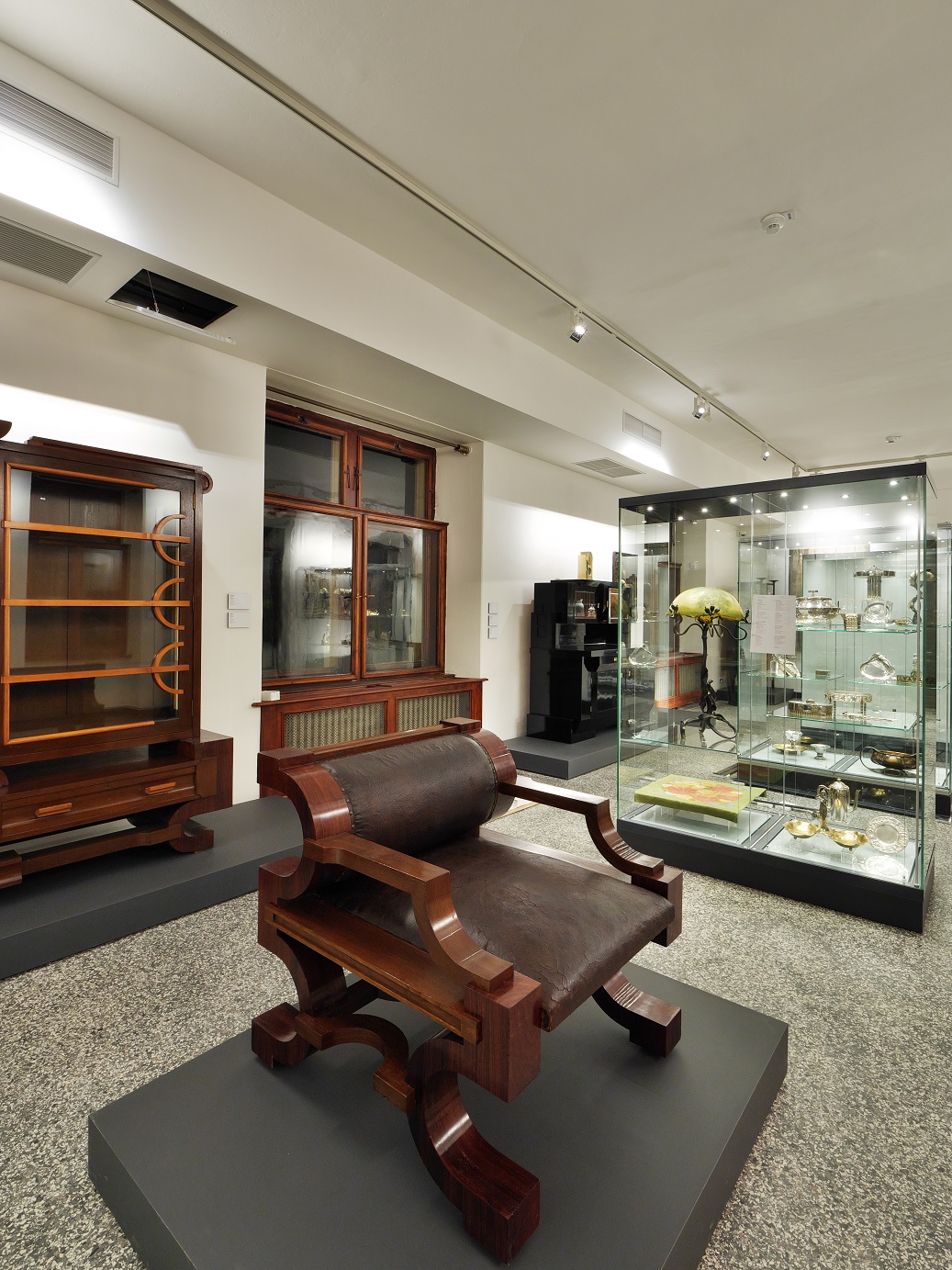 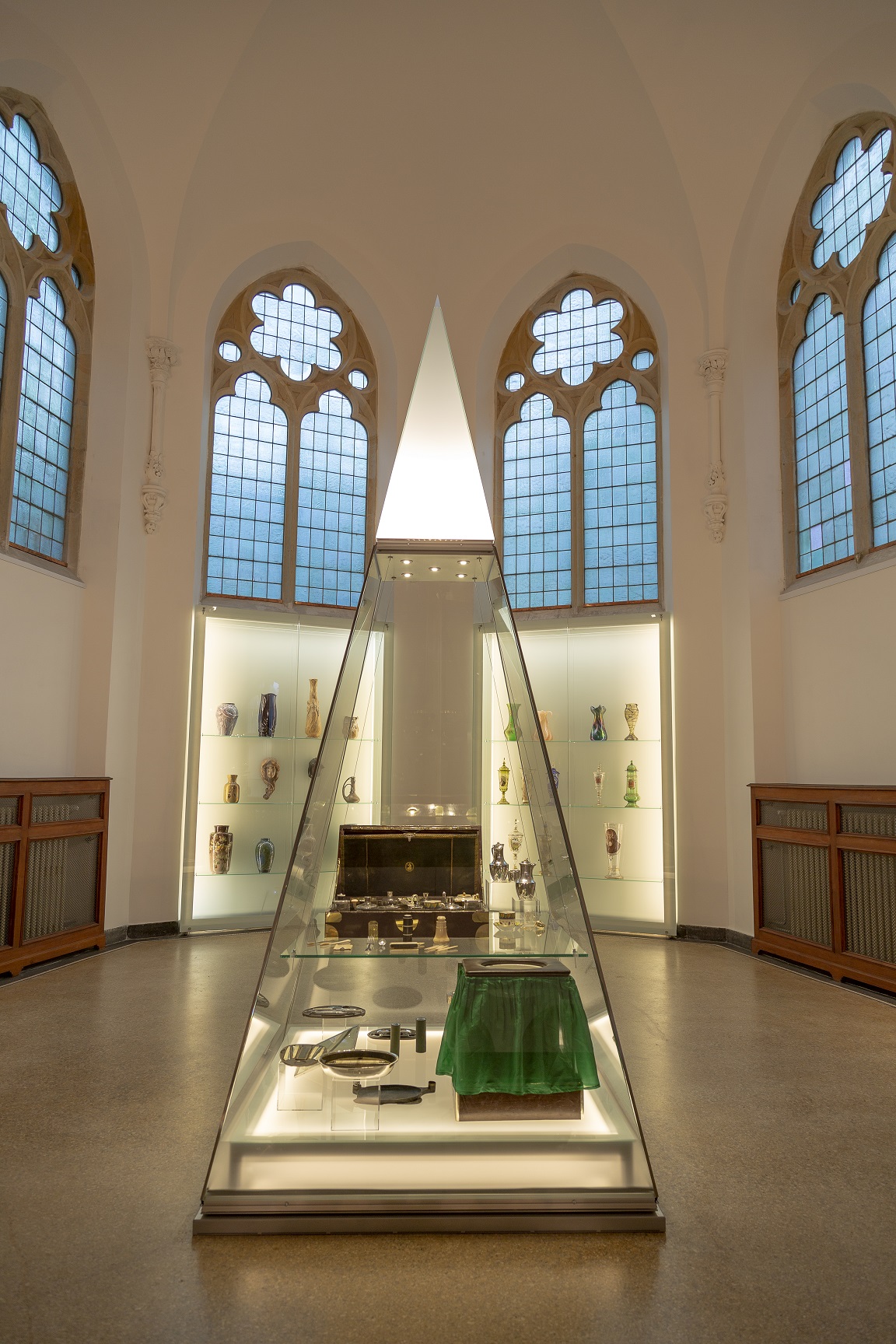 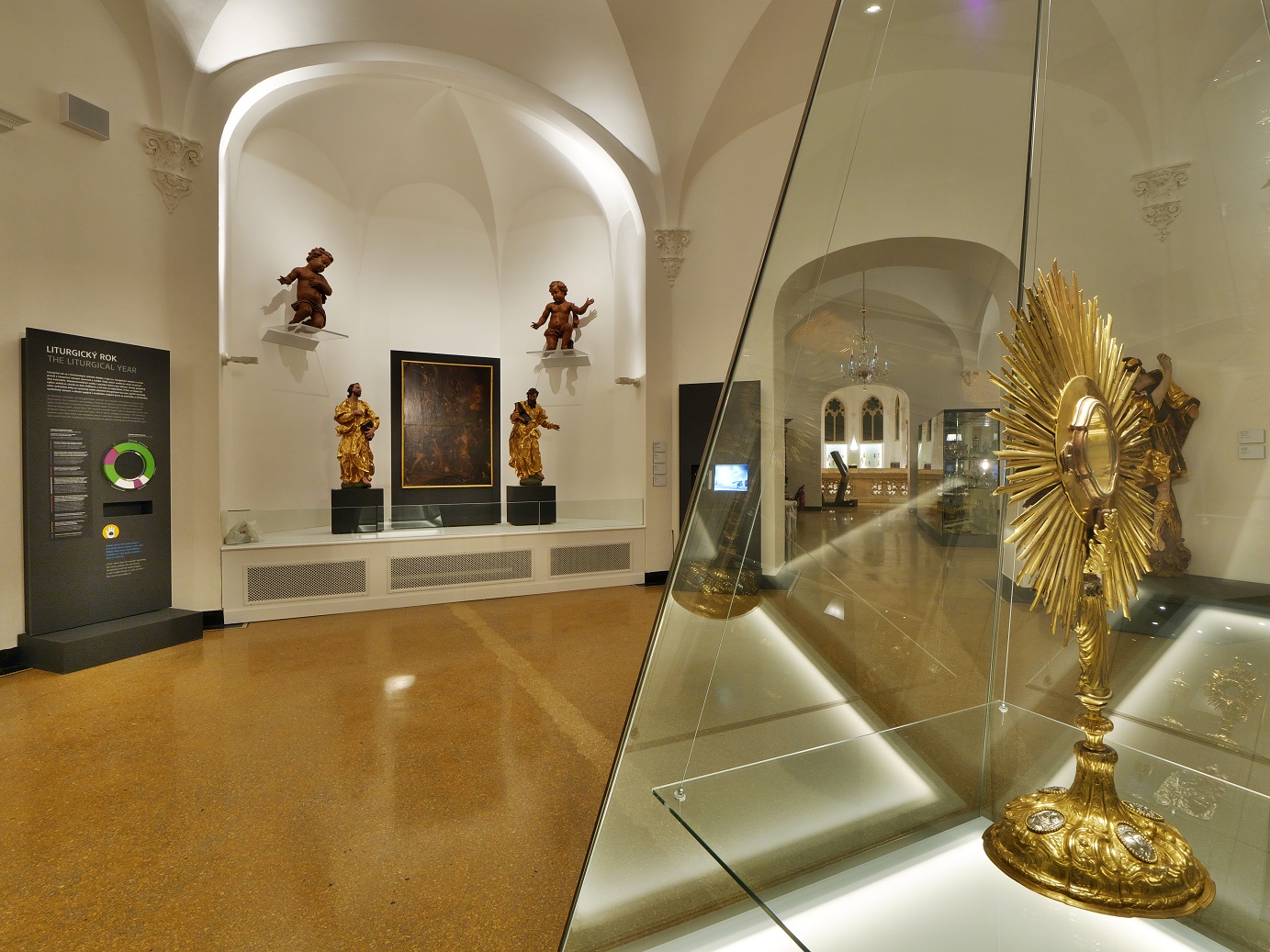 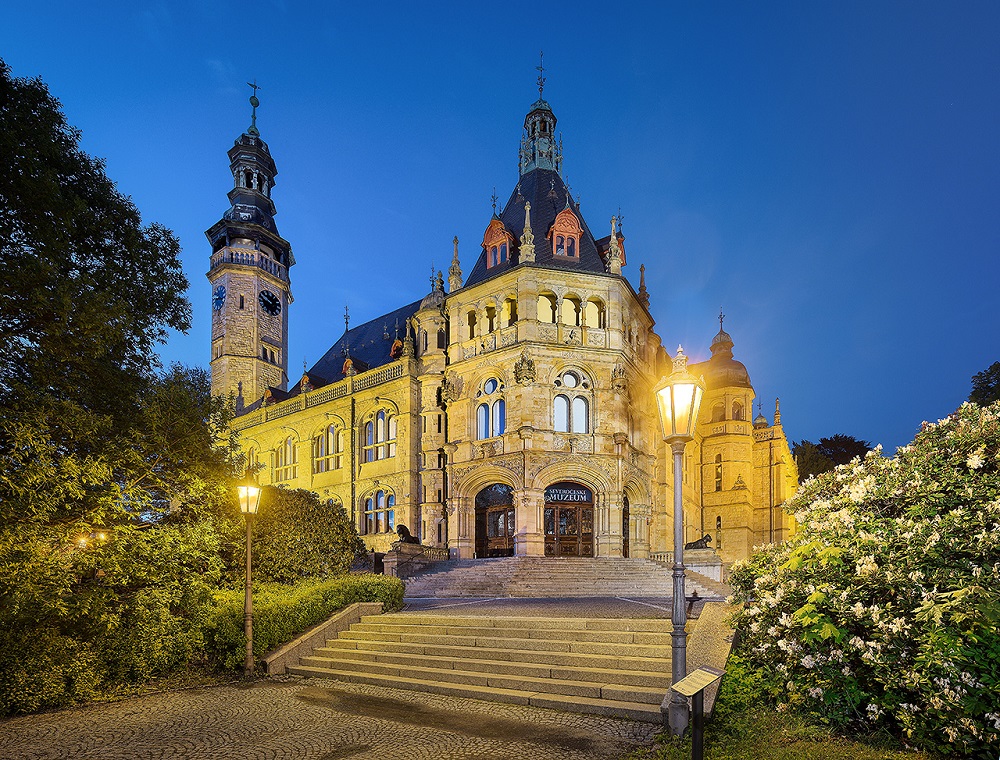 p. Sváček
>
The expositions of the Museum of North Bohemia focus on the field of arts and crafts and the industry of decorative arts, and also on the regional natural history, archeology and history.

The exhibition presents the chronological development of European arts and crafts and the lifestyle of the middle and upper classes from ancient times, through the Middle Ages to the present. The exhibition also features interactive elements that relate to the development of selected materials presented in the exhibition, the use of various types of technologies and techniques of surface treatment. Visitors can for example touch copies of works of art and try out specialized techniques.

TOUCHES OF THE NORTH: Through the nature of the Jizera Mountains and the Frýdlant region

The exhibition presents the most significant natural phenomena of the Czech north through dioramas. The exhibition areas are complemented by several interactive installations, which can be used in a playful way to obtain additional information on the relevant topic or to enjoy the atmosphere of the animal world with the use of other senses like hearing, touch and smell.

The exhibition presents the history of the city of Liberec. The introductory chapter is entitled The Birth of the City, where the main topic is the development of crafts, the acquisition of the City Rights and life against the background of epidemics and wars. This is followed by the turbulent 19th century, named From a Town to the Metropolis of the North, in which the central motifs are the progress and growing self-confidence of the city. This chapter is supplemented by a small section devoted mainly to production in the 20th century. One special section is entitled the Wild North, where exhibits from World War I, the Museum of Nazi Barbarism and iconic items from 1968, whose worth is that of relics, are exhibited.

Chamber exhibition area for the presentation of personal photographs, historical photographs of the region and postcards. The exhibition as a whole presents prints, negatives and other works in this field in variable thematic exhibitions.

The exhibition presents mechanical jukeboxes, most of which are fully functional, so visitors can enjoy them not only visually but also by listening to them. Among the exhibits on display, we can mention, for example, pianolas (made in Liberec and the surrounding area), as well as orchestrions, polyphones, small music boxes and barrel organs.