The Neo-Renaissance-style building of Liberec Town Hall was built in 1893 according to a design by F. Neumann, a Viennese architect. It is well-known for its similarity to Vienna Town Hall. 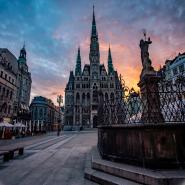 City Hall,
LiberecGPSLiberecINFO
The hotel is located in a quiet area of Liberec city centre, with easy access to the motorway to Prague, Berlin and Dresden. 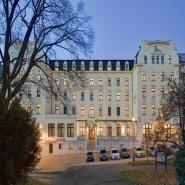 Clarion Grandhotel Zlatý Lev ****GPSLiberecINFO
Today, the tomb belongs to what is known as the Garden of Memories. 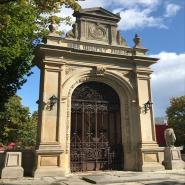 The Tomb of the Liebieg FamilyGPSLiberecINFO
The romantic observation tower with a restaurant resembling a medieval castle was built by Heinrich Liebieg. Liberecká výšina Lookout TowerGPSLiberecINFO
Liberec Public Gardens - cultural and community centre is located in the immediate proximity of the Liberec Zoo, in the borough of the same name. 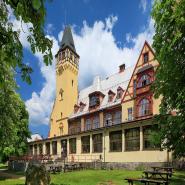 Lidové sady / Cultural and Social Centre Lidové sadyGPSLiberecINFO
This villa was built by Theodor von Liebieg Jr. as a prestigious family residence and owing to its grandeur it is also often known as the Liebieg Chateau. The building now houses Liberec City Hall. 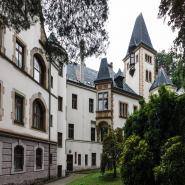 The Villa of Theodor Liebieg,
Jr.GPSLiberecINFO
An employee housing estate built in the immediate vicinity of the factory was under construction from the mid-19th century to the 1920s. 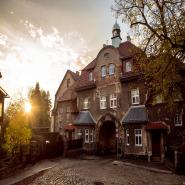 Liebieg Town (Liebiegovo městečko)GPSLiberecINFO
The building of the Chamber of Trade and Commerce is located in front of the Regional Gallery in Liberec. 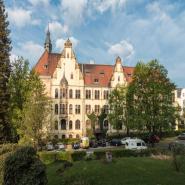 The Chamber of Trade and Commerce/The Liberec ClinicGPSLiberecINFO
Liberec Regional Gallery is the fifth biggest gallery in the Czech Republic. It was established in 1953 and has been housed in the former municipal spa building since 2014. The gallery curates collections of more than 21 000 works of art from the Czech Republic, Germany, Austria, France, the Netherlands and other European countries and is thus rightly known as the Museum of European Art. 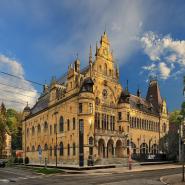 Regional Gallery Liberec - BathsGPSLiberecINFO
It was the seat of the Regional Art Gallery in Liberec between the years 1953 and 2013. The building is currently undergoing reconstruction. 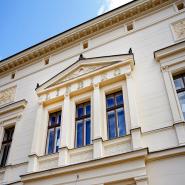 Liebieg Palace (The Villa of Johann Liebieg,
Jr)GPSLiberecINFO
The Harcov water reservoir, also called the Harcovská Dam or Liberecká Dam, is situated not far from the centre of the city, in the valley of the Harcovský Brook, surrounded with forest from one side and with a peaceful villa quarter from the other side. 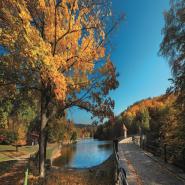 Dam Water Reservoir Harcov (under reconstruction)GPSLiberecINFO
The expositions of the Museum of North Bohemia focus on the field of arts and crafts and the industry of decorative arts, and also on the regional natural history, archeology and history. 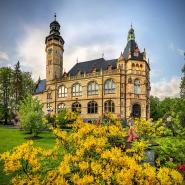