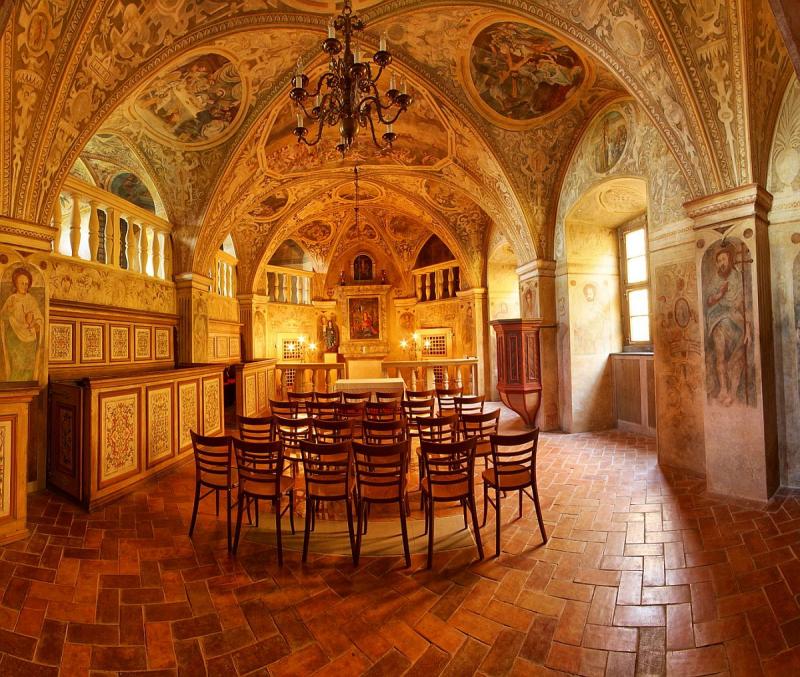 Frýba
>
Grabštejn Castle was founded in the 13th century. Over the centuries it was rebuilt several times and the later adjustments changed it into a comfortable manor. It was first opened to the public in 1993. Visitors can view the Gothic cellars and the rooms in two storeys of the chateau that are furnished mostly with original pieces of furniture, decorated with paints and other decorative items. The real jewel is the Renaissance Chapel of St. Barbora with rich paint decorations from the 16th century. The tower offers views of distant surroundings.

Grabštejn is one of the oldest castles in northern Bohemia. This royal castle, owned by the Donín family from 1256, was built on the site of the original fort. Later on, the castle was rebuilt in the Renaissance style and expanded by the so-called Lower Chateau. Nowadays, it has been modified into the Empire style and also includes the “Hostinský dům” inn from 1833. The dominating feature of the Upper Castle is the round tower, which is open to the public and offers beautiful views of the Tripoint (Czech Republic, Poland, Germany). Then there is the Renaissance Chapel of St. Barbara from 1569 and also the original frescoes and vaults.

Craft exhibitions and displays of precious stone processing can be found in the cellar. The accessible beginning of a “secret passage” is also part of the cellar. In the north wing on the 2nd floor there is a collection of furniture on display. The original Clam-Gallas collections are gradually coming back to the chateau and are supplemented by other exceptionally valuable furniture of regional origin.

At Grabštejn castle, you can select one of 3 sightseeing tours: