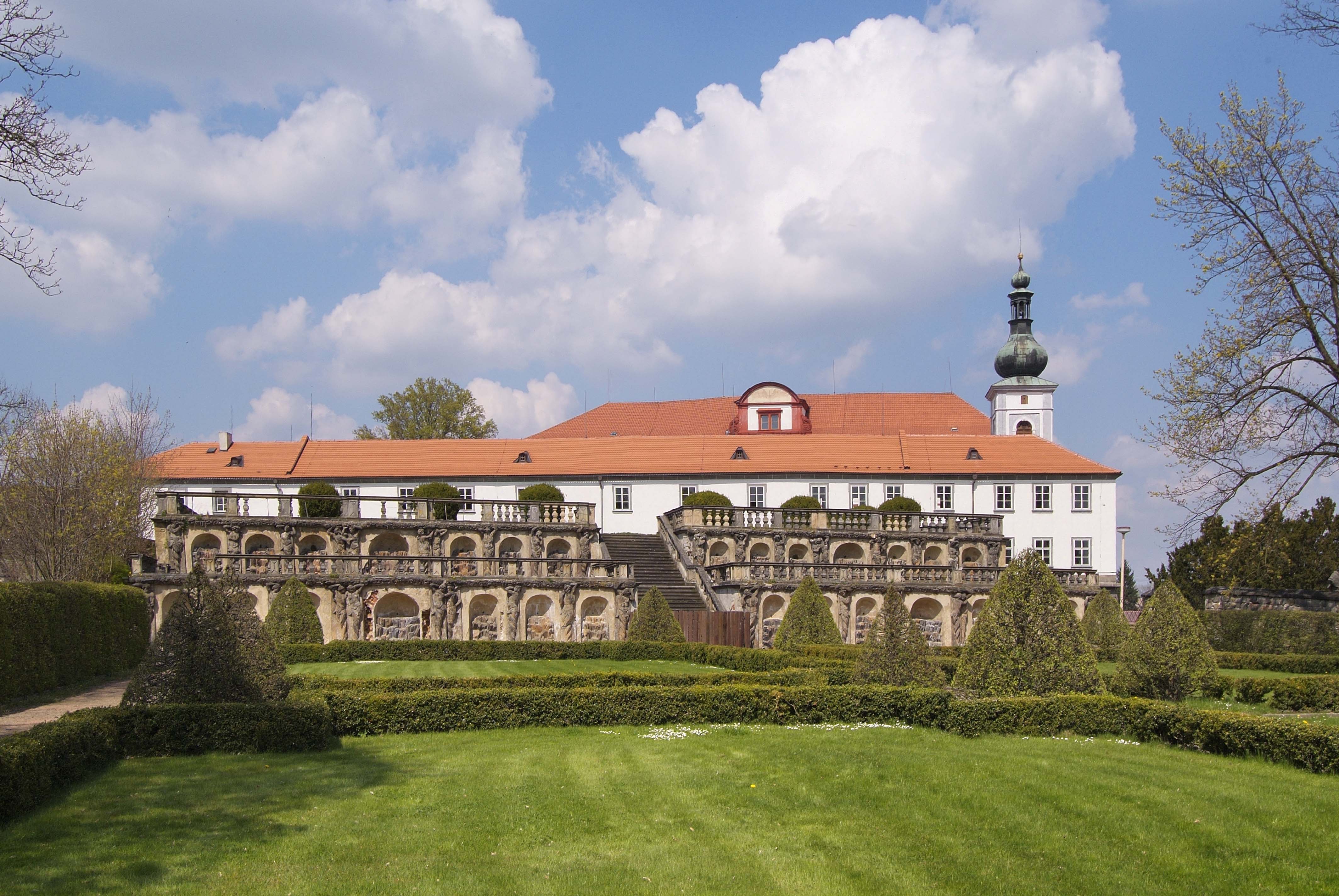 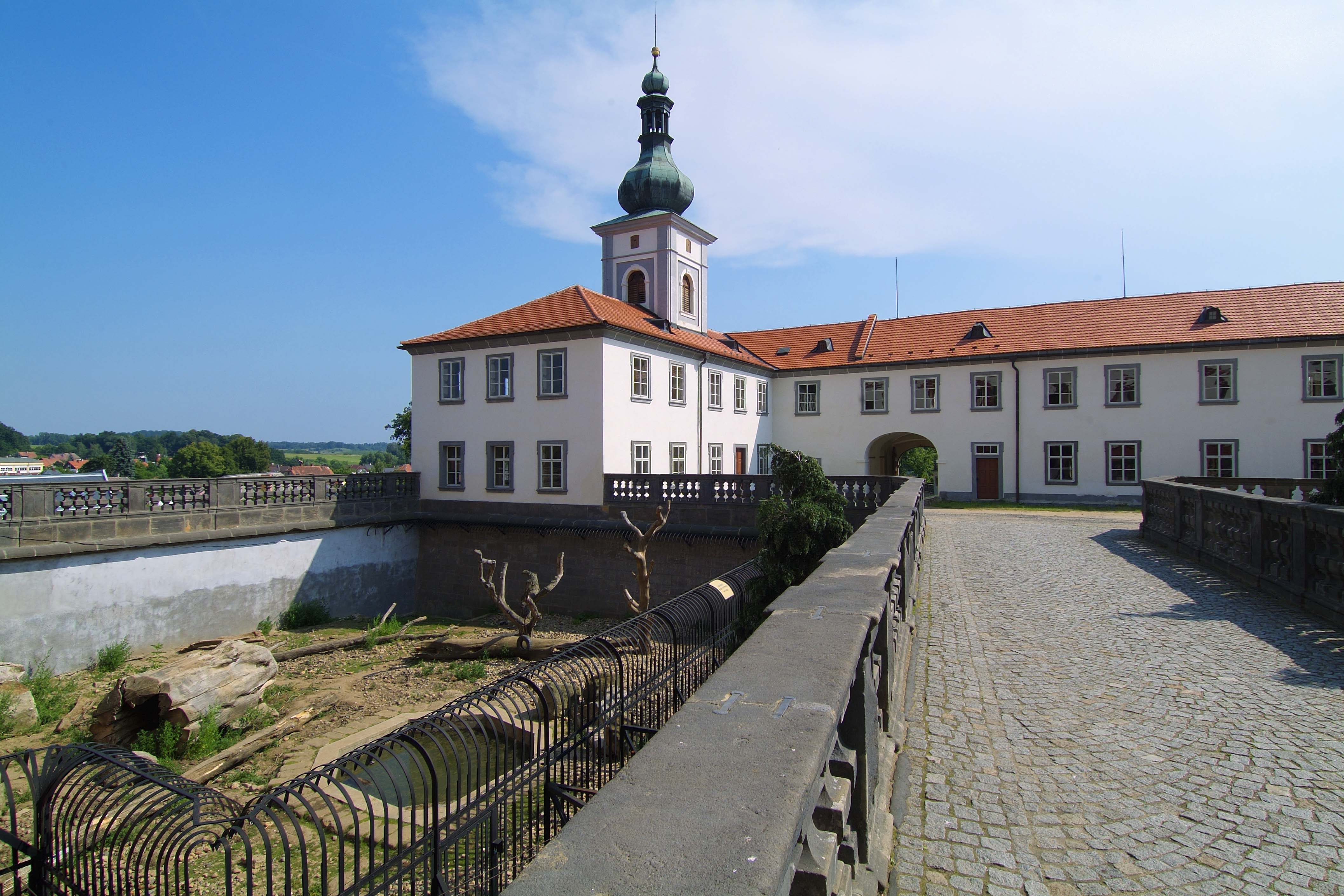 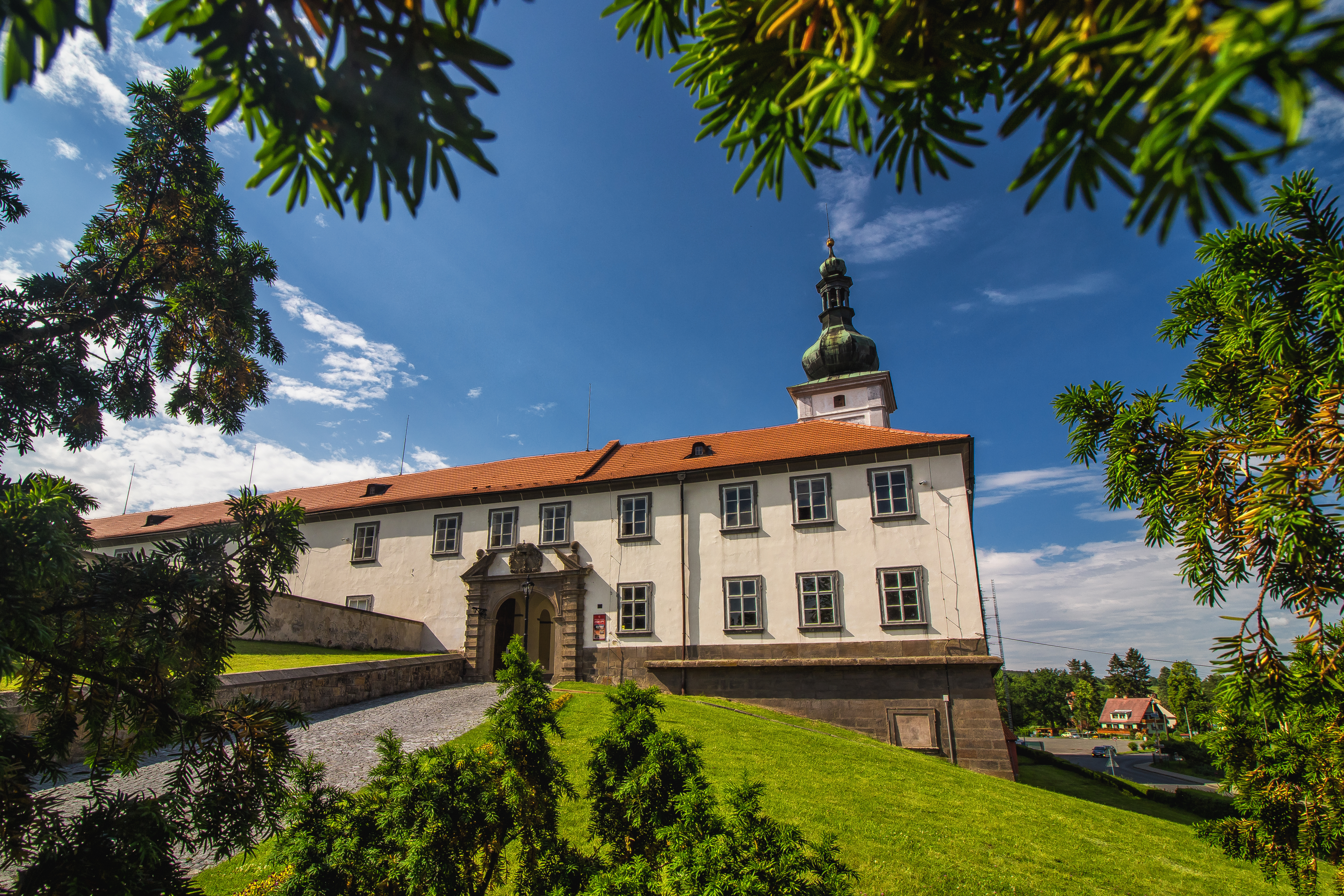 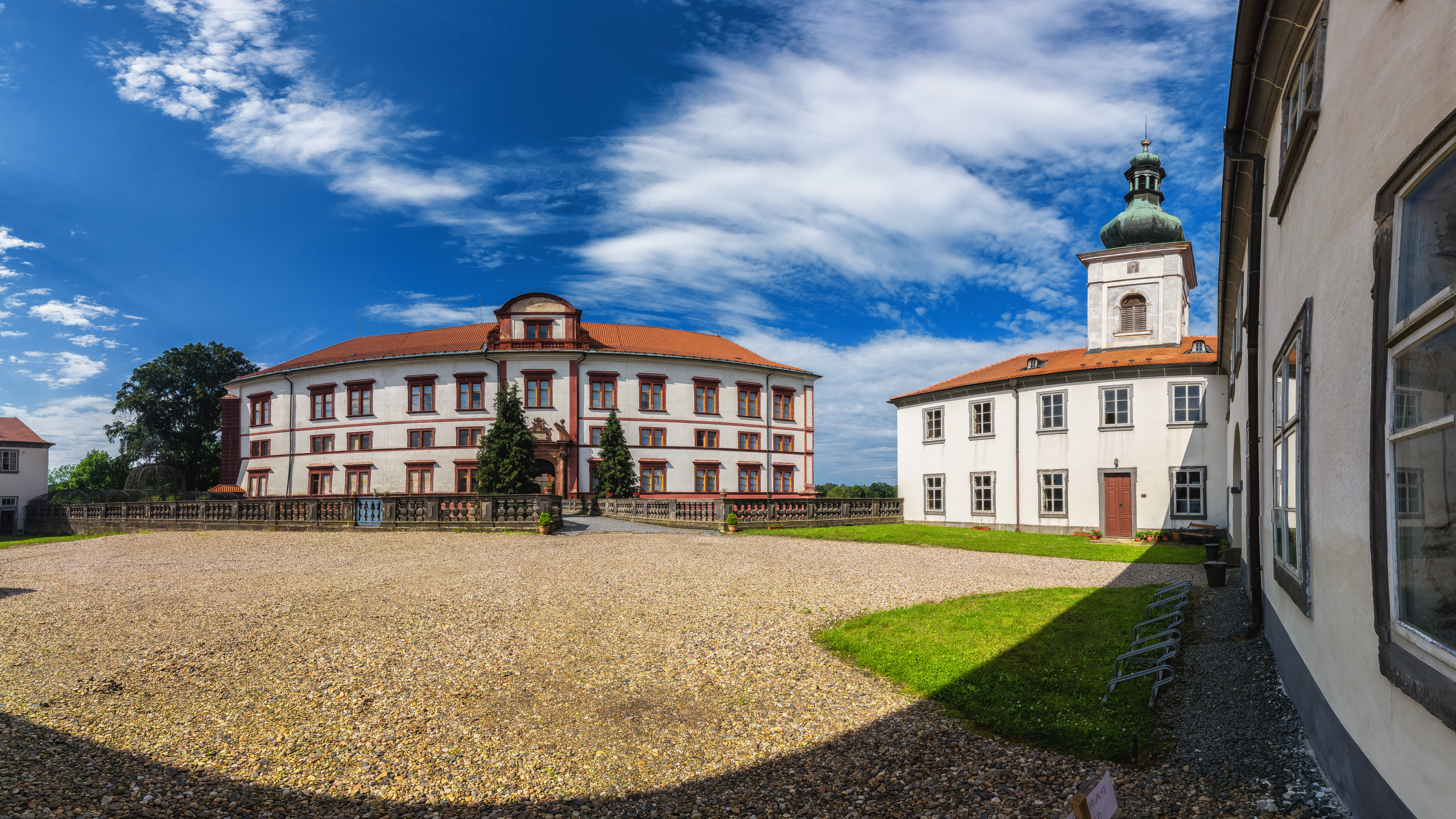 AZfotky
>
The large chateau was used in the second half of the 19th century as a summer residence of Ferdinand I, former Austrian Emperor. During the tour, you can visit the emperor\\\\\\\\\\\\\\\\\\\'s bedroom, the dining room and the chapel where the wedding ceremony of Franz Ferdinand d\\\\\\\\\\\\\\\\\\\'Este and Sophie, Duchess of Hohenberg, took place in 1900.

The castle was built at the locality of a previous small Gothic fort by Zdislav Berka in the mid 16th century. It changed hands several times, and in the 1670s it was renovated in the Baroque style. The ground floor offers an interesting chapel dedicated to St. Francis of Assisi. On the 2nd floor you can visit renovated Baroque rooms designed for retired Austrian Emperor Ferdinand. The entire interiors are furnished with luxurious items and the rooms are decorated with ceiling paintings by Josef Navrátil. There is a rarity, a well-preserved personal lift installed in 1870.

The moat is home to bears. There are adjacent French gardens with geometrically shaped bushes and a natural landscaped park.

Expositions:
The premises open to the public comprise the representative and dwelling interiors on the second floor that were used in the 2nd half of the 19th century by the retired Austrian Emperor Ferdinand I and his wife, Empress Mary Ann of Sardinia. The tour includes the Chapel of St. Francis Serafin, the place where on 1st July 1900 Franz Ferdinand d'Este, the successor on Austrian throne, married Sophie, Duchess of Hohenberg. From the staircase directed to the representative and dwelling rooms of the imperial couple you can see the luxurious personal lift installed in 1870 by the Ringhoffer company for the aging and ill Ferdinand I. Then you continue to the interiors, once an apartment used by Comptroller of the Royal Household, Count Karel Bombelles. The main space in the representative part of the chateau is the large dining room, one of the few rooms with the original Baroque decorations from the 18th century. The tour then takes you to the Empreror's rooms, such as the billiard room, the study or the lounge. You continue to the Emperor's bedroom, the dressing room and the bathroom. Besides several other rooms, the rest of the tour comprises the children's room and the facilities used by the Empress. The guided tour takes 50 minutes.

Printed descriptions in other languages are available.

Near the chateau you can visit the park and the English park.